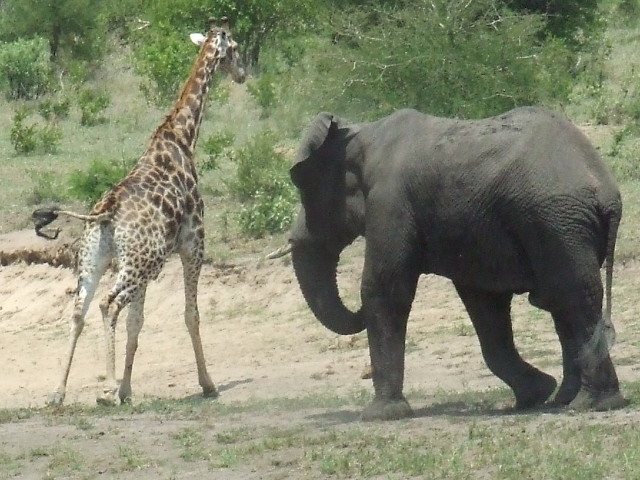 Also, it’s peculiar to only male elephants. And it doesn’t matter the species: both Asian and African elephants feel its effects.

What Is Musth In Bull Elephants?

This difference in their behavior is traced to a reproductive hormonal change of testosterone that can reach up to 40 or even 60 times greater than normal. When they are in this state, the animals become exceedingly violent and sensitive to external stimuli of any kind.

Bull elephants can experience the musth as soon as they reach 30 years old and it will likely last for about a couple of days or a week.

However, when they go through this stage when they are older, up from 40 years, the musth can last longer than a month.

Common Symptoms Of The Musth Stage

This huge hormonal change has some common physical symptoms that happen to every male elephant:

Scientific investigation of musth is still limited because of the dangers of approaching the  elephants during musth.

Effects Of The Musth Stage 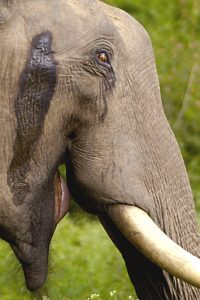 An elephant in musth is extremely dangerous and must be handled with caution.

There still a false belief that the musth is related to the rut or the heat period in females. However, this appears to be false because bulls in this state often attack female elephants too.

It’s more likely that musth is used to show dominance among the other male elephants.

Unfortunately, science is still not certain whether the accompanying hormonal surge is the only cause of musth, or there are other factors contributing to it.

Nevertheless, an elephant in musth whether wild or domesticated, is an extremely dangerous animal. And neither humans, other elephants, or animals are safe around it.

In fact, bull elephants in this state have killed many zookeepers. It can happen very rapidly and an otherwise friendly animal becomes uncontrollably enraged. These bulls can even kill their own calves.

Because of some of the painful experiences and even deaths in the past, there are several methods keepers and owners use to manage these giant mammals:

For example, in India, keepers of domesticated elephants in this state will tie the animal to a strong tree. They also denied them food and water, or put them on a starvation diet, for several days. The animal recovers quickly.

In addition, Mahouts are trained to greatly shorten the time to just 5 or 8 days. They often use sedatives, like xylazine, to calm the bulls.

Starving of animals is not approved in most modern settings. Therefore, the generally accepted method in more developed countries is to isolate the elephant strictly in a well fortified pen for between 1 and 2 months.

Or at least until the elephant recovers on its own.

Keepers may also mix medication, especially tranquilizers into the animal’s food to reduce swelling and the associated pain. During this time, absolutely no one is allowed close to the elephant because it will definitely attack.

Musth is certainly a trying time for the affected bull, the rest of the herd, and any animals and humans in the vicinity.

In fact many zoos shy away from keeping male elephants because of this state and the expense/risk involved in caring for the affected animals.