Also, it’s peculiar to only male elephants. And it doesn’t matter the species: both

Indian Elephants are killing people in an unprecedented and alarming manner. Why? 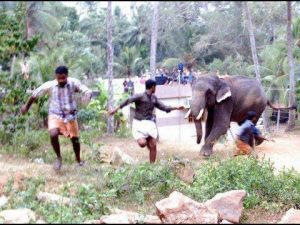 The elephant is one animal you can’t help but notice while in India.

They are highly revered in Indian culture, history, and religion  and you’ll easily notice images and statues of them in many temples and palaces too.

But though these animals form an important part of Indian culture and beliefs, recent events point to a situation that can best be described as critical and out-of-hand.

In recent times, Indian elephants have been implicated in the death of many people. In fact, statistics released just this month from India’s Environment Ministry show that the death toll is 1,144 people between April 2014 and May 2017.

That translates to at least one human fatality every day over the last three years!