Damning reports show that many elephants are dying in zoos. 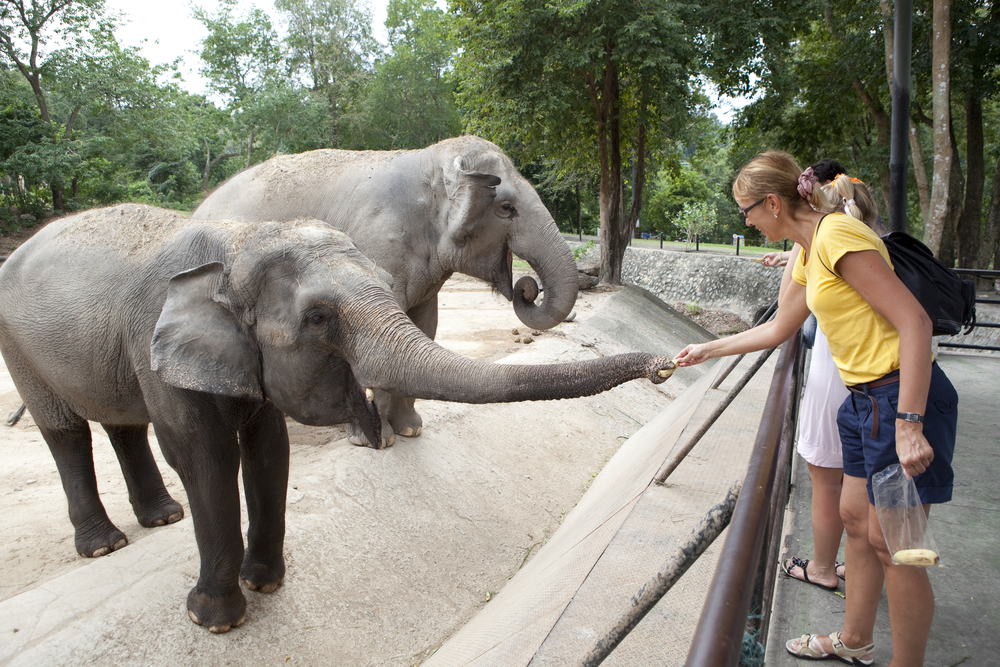 Visitors Feeding Elephants At A Zoo. Despite “Better Care” And Protection From Poachers, Captive Elephants Are Still Likely To Die Much Younger Than Their Kind In The Wild.

The fact that keeping elephants in captivity goes against their nature can’t be debated anymore. Facts coming out of various establishments that continue to keep these mighty mammals captive is disheartening to say the least.

Even scientists are now adding their voice and calling for zoos and other concerns to phase out elephant captivity. And zoos can’t escape the inevitable anymore: They must let these animals go to a more natural environment if not back to the wild completely.

Elephants do not belong in captivity as the growing number of Elephant-Free Zoos prove.

For a while now, we’ve been talking about the ills of keeping elephants in captivity. Whether for entertainment in circuses or elsewhere or for exhibition in various zoos around the world.

The fact is that majority of these creatures are snatched from their close-knit families out in the while and sentenced to spend the rest of their lives in cramped quarters hardly fit for them.

Interestingly, since the early 1990s, we are gradually seeing more and more elephant-free zoos in several countries. This is a welcome and progressive trend that other similar establishments